In the US, blueberries are a native crop. It wasn’t until the early 1800s when berries were consumed in a commercial setting. Blueberries were canned and shipped to Union troops during the Civil War, yet public availability and production weren’t improved until after the war by regular pruning and the crop management has intensified ever since.

In 2016, over 588 million pounds of cultivated blueberries were sold in the United States. Over the last two decades, blueberry consumption has risen by more than 600 percent, making it one of the fastest-growing fruit demands of this century.

Keeping up with this high demand for berries in crop production requires a more efficient understanding of how the plant responds to the nutrients we’re giving them. The blueberry plant, a lot like cranberries do not create root hairs, which are vital to the absorption of moisture and nutrients in the soil. Because of this, the root system does not root deep into the soil profile, and the larger roots serve more of the purpose of an anchor and water delivery than nutrient uptake.

Without confusion, a young blueberry plant does create feeder roots, but these are short-lived in taking up and transporting nutrients, usually dying out within 110 to 130 days. So, the main question posed is, how can we persuade the plant to create a healthy root system and continue nutrient uptake after our 4-5-month window?

Before we can answer this though, there is another piece of biology to tackle, where Ferticell® Universal™ will come into play twofold is hormone production. Cytokinin is produced in the root system, mainly root hairs, which limits the amount of the hormone produced in the 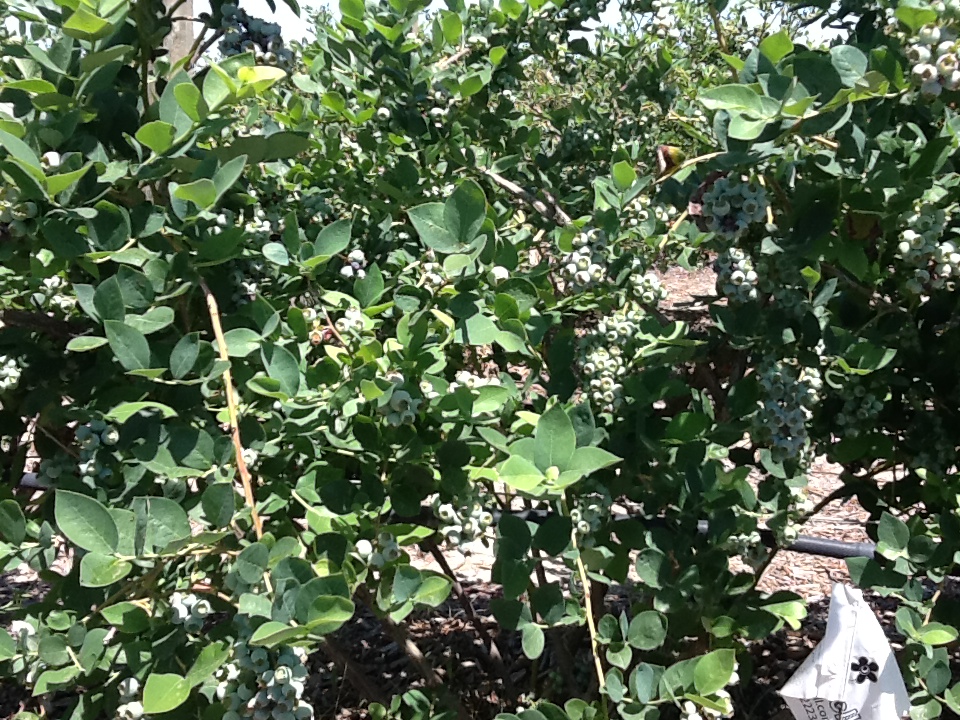 Ferticell® Explorer™, Universal™ and Calcium 880Plus™ trial on organic blueberries in California

Based on its algae extract component, Ferticell® Universal™ delivers both auxins and cytokinin at the early stages of plant development from a seed, all the way through harvest. Its ability to increase both new root development in young plants and shoot growth is ideal for organic and conventional blueberry production, extending and maximizing our 130-day window for new root growth as mentioned before without added stress to the plant. Universal™ can also be used after bloom to promote proper coloring and raising Brix levels.

In the event where Auxin production overtakes Cytokinin in an uneven growth partitioning, excessive vegetative growth will occur. Fruit production will be limited, and yields will be affected. In most cases, this happens when nitrates are in excess, creating a leggier shoot and plant resources push toward vegetative growth rather than fruit and tuber development. In blueberries, this is most commonly due to its inability to take up some forms of nitrogen.

(Part 2, “Nitrogen Efficiencies for Blueberries”, To Be Continued…)