Soil Priming can be considered an influence on SOM, biochemical adjustment, and enhanced tolerance to stresses. Universal™ and Nutri-Plus™ in combination will promote protein production for transporting, chelation, and balanced nutrient cycling for biology.

Soil priming using Universal™ and Nutri-Plus™ can support the efficiency of enhancers, activators, and promoters such as electron transport chains that complete processes such as the citric acid cycle (KREBS CYCLE). 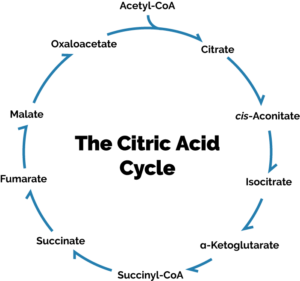 “KREBS CYCLE – the sequence of reactions by which most living cells generate energy during the process of aerobic respiration. It takes place in the mitochondria, consuming oxygen, producing carbon dioxide and water as waste products, and converting ADP to energy-rich ATP.”

Soil priming is assumed to be a key factor in measuring the capacity of soils to function as sources or sinks of atmospheric CO2. Because of this, inputs of new OM to the soil can create an accelerated microbial biomass turnover in the short term “Positive Apparent Priming.” 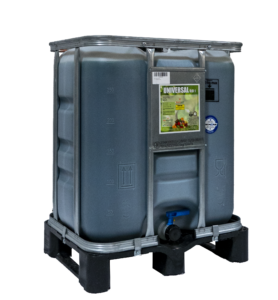 micro-flora populations with food sources such as carbon, and other plant beneficial materials. The algae cells in Universal™ not taken up will remain in the soil and be used as a food source by soil microbes, greatly increasing the living component of the soil.

The algae cells also break down minerals in the soil that are blocked or tied up for various reasons, while processing chemical forms of nutrients so that they are assimilated into the plant more efficiently.

Plant tolerance to multiple examples of stress such as Heat Stress depends on the ability of plants to perceive the stimulus, signaling transduction, physiological and biochemical adjustment.

Abiotic stress priming could even stimulate cross-tolerance to the later-occurred other abiotic stresses that may include cold, waterlogging, and drought.

There is evidence that one type of abiotic stress priming could induce cross-tolerance to a different type of stress; however, the underlying mechanisms of such response are not known. 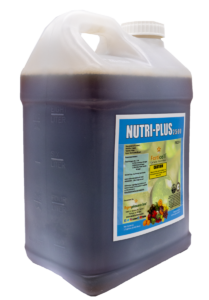 Nutri-Plus™ carries a combination of 19 essential AA’s that are critical at growth stages to promote a program of sequence for Protein production, transporters, chelators, and support the interaction between cells.

Organic matter requirements should be in a range of 2.5% to 6%. Make applications directly to the soil root zone at optimum depths is recommended. Topical applications must be lightly watered-in with no runoff. Application timing should be directed by seasonal stresses known.

Seasonal applications may require 3 to 4 applications based upon abiotic conditions that are in conflict with normal practices and fertility programs.

The rates below are with soils with a minimum of 2.5% Organic Matter and if you know that the OM is below 2%, then raise the rates by 10%-15% if possible. 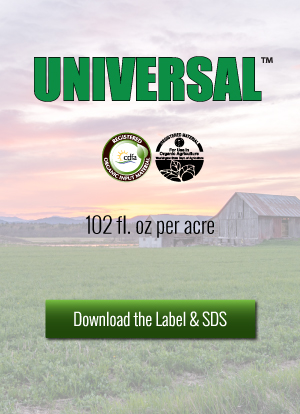 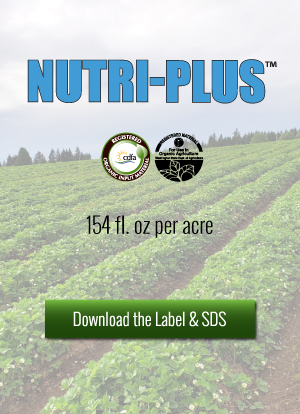