Nutri-Plus™ is a soy protein-based, organically certified liquid amino acid fertilizer. It has 19 out of the 20 amino acids that are essential to plant health and new growth promotion. When referring to amino acids, Ferticell® mainly refers to the plant-based “L-Amino Acids” which are undamaged and complete. L-Amino Acids differ from D-Amino Acids, something we covered in our post, The Differences of Animal-Derived and Plant-Derived Protein Hydrolysates.

Plant roots deposit a wide range of high molecular weight compounds (polysaccharides and proteins) and low molecular weight compounds (e.g. amino acids, organic acids) at the root-soil interface.! Among the classes of compounds exuded by plant roots, amino acids are generally considered to be the second most abundant class in terms of the total amount exuded with only sugars (carbohydrates) being the most abundant.2

Environmental stress such as frost, rain, pests and high temperatures can have a large impact on crop production. Applications of amino acids (Nutri-Plus™) prior to, during and directly following a myriad of stress conditions will supply the plant and microbes with a high amount of plant extracted L-amino acids. 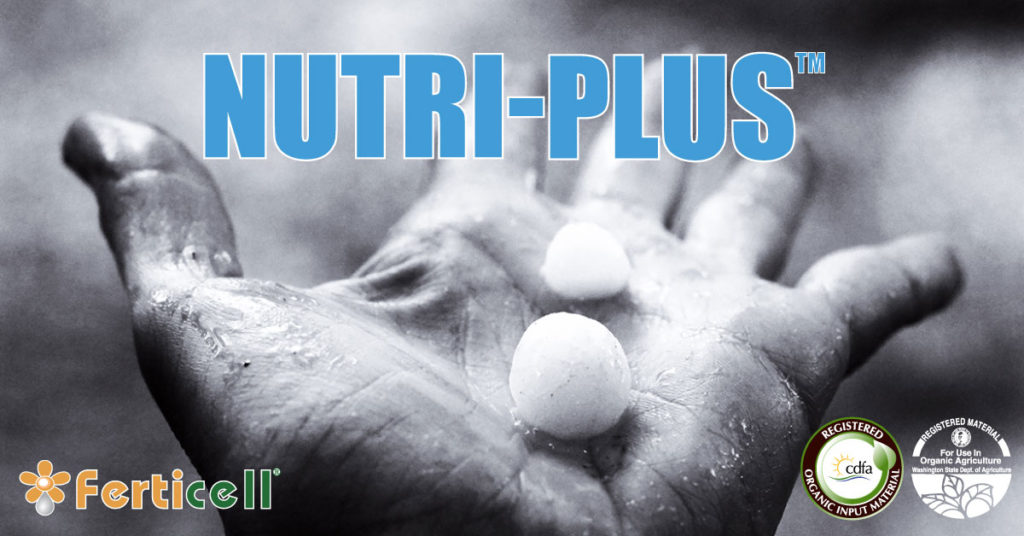 Directly following a stress event, it is recommended to apply 1-2 quarts per acre of Ferticell® Nutri-Plus™ 2.5-0-0.